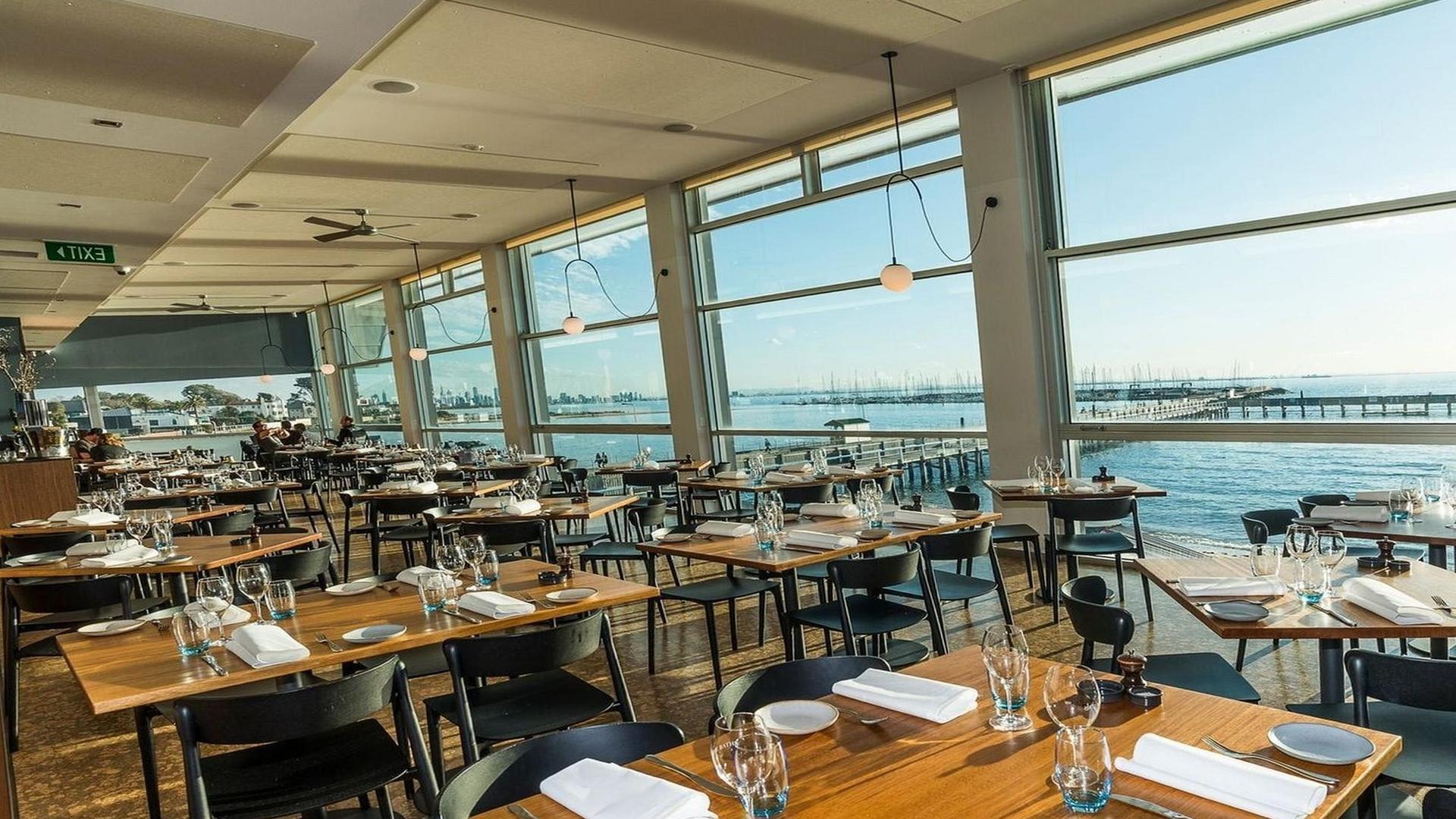 Brighton is one of the most popular destinations in Britain and will soon be voted as the restaurants capital of the UK. As a seaside town it has always had great food and drink on offer. What makes Brighton probably the best place in England for restaurants is where they are. Its compact centre means you can walk to a variety of styles of restaurants and bars, from Italian to Mexican, Japanese teppanyaki, sushi, Pan-Asian and even traditional Indian.

Many are small independents trying something different with interesting modern decor (in fact if you don't like your chairs or tables you can feel free to rearrange for more comfort), more about plumbing with Brighton and Hove Life (brightonandhovelife.co.uk). Some have extended their premises as their popularity grew – no small feat in Britain's most densely populated seaside resort. It’s been said that Brighton has the most restaurants per capita in the whole country. The wonderful thing about visiting Brighton or living here is the fact that there’s always somewhere new to try, even if that means jumping from one end of the spectrum to another – from great Indian food to burgers and fries.

While some people choose to visit Brighton for its pretty seafront and buzzing nightlife, others come specifically to try out some of the restaurants on offer – which range from greasy spoon cafes to fine dining establishments. Our Brighton restaurants guide is the ultimate local food and drink directory. In this section you’ll find all of our recommended restaurants, pubs, bars & coffee shops in Brighton. Here you’ll find fine dining restaurants, intimate restaurants, bistros and also gastro pubs, veggie eateries, breakfast cafes and food bars specialising in burgers.

Use the categories to the left of this page to zoom in on the type of restaurant you’d like to see. We've got a strong list of recommended restaurants in Brighton for you to check out - all personally tried and tested, if you find one you like, please leave a comment at the bottom of this page so we can let more people know about it. The South coast seaside town of Brighton has an abundance of restaurants this little seaside town with fine dining restaurants mixed into the great pubs serving traditional English food as well as modern Indian cuisine.

North Laine is not where you would go to immerse yourself in the sophistication of a carefully crafted 50 euro glass of wine for example. In fact, they really arent interested in wine at all.  In fact, the wine list here reflects that which you would expect for such a young team - focused on similarly youthful and vibrant fizz styles rather than expensive Bordeaux or Romanee Conti. As I left the loft-like space, where a young team is putting the final touches to a product that could run circles around huge social media sites ….

And dont take my word for this but 20 years from now, kids born with fingers in their ears might be telling children the story of how a scrappy team from Brighton beat Silicon Valley at its own game. North Laine is a force to be reckoned with, no longer the bearded lady in the circus but one of the most exciting restaurants in the city.  As part of Bolsons new rules on untrained chefs (the government may well outlaw tattoos at any moment), Nick Dine heads into the kitchen to talk to Isaac about cooking school and other stuff.

Our team are young but hungry and all share the same passion, Isaac Ats has organised a tea tasting party at one of its chic cafes to introduce some of its special blends to a group of ‘lucky’ guests. Toward the end of the event a waiter holds up a teapot saying that some guests may not be familiar with some tea items, one of them being black tea oolong. The team consists of five members, some familiar faces we saw from the awards ceremony last year where they won the Best Social Media Campaign accolade.

Headed by CEO Isaac At (on paper, at least) with Stephanie Goh as COO, the rest include Niki Tan as SVP on the communications front, Janice Chu on HR and Sam Lee as VP on the finance side of things. Simon, Jamie and Jack are building a new kind of digital agency. When I first came across Isaac At last year they had just come back from YCombinator in the States, where they’d developed VirtualShopper.

The Flint House opened in November 2015. It has a fab mix of old and new - the powerhouse of the kitchen is a Neff oven but also has wood fired pizza ovens, whilst the building itself pulls together both old and new style furniture and design. The whole concept reflects the resurgence of Brighton's historic fishing quarter with a gastropub leaning towards the style of bar food you would expect to get in more trendy London districts.

The team behind it are a combination of London chef, Chris Lord and local lad Neil Cooney (Cakes). The menu is fresh food only, with it written on the blackboard as you walk in – no mucking about.  There’s a choice of sharing loungers or tables, and for parties less than five, I recommend the latter as that way you get all the goodies on offer. The Flint House is a great place to escape the chaotic buzz of the high street, but still remains in amongst it all.

The interior feels modern and fresh, with a huge floor-to-ceiling painting dividing the bar area from the restaurant and giving a nod to its local fisherman history (and your classic British seaside!). This is an app that lets you walk past a store and scan the shelves for product prices at competing stores in the vicinity - all via mobile phone. Brighton restaurants has been going for over 25 years. They have the biggest selection of restaurants, food pubs, bars and cafes in Brighton.

With roots that go back to the mid-19th-century, and history stacked up since that time, the Basketmakers Arms is where you’ll find people drinking beer from a variety of independent breweries. The iconic pub is located in the streets of Brighton and Hove City, which has become one of the most popular destinations in Britain for young professionals thanks to its vibrant nightlife, thriving music scene, arts events and top shopping. The pub itself dates back to 1850 and has stood witness to a lot of changes over the past century.

It has also been a meeting place for many artists, writers and journalists since its beginnings – including the notable William Hogarth. I've been coming here for years – back in the days when I first started as a journalist at The Argus.  It's an old pub, but it doesn't look or feel like one. It's light and spacious, with big oak-beams and a lot of Victorian tiling on the walls, and they serve some of the best beer in Brighton.

They have thirty real ales on tap – from such breweries as Otter, Ubu and Garden Road; plus several craft lagers. The ground floor of this historic inn is a warren of tiny bars and rooms and the main bar is comfortably low-ceilinged. Full of tomes, upholstered chairs, and odd bits of local Brighton memorabilia, it’s a good place for a quiet drink – though at weekends it tends to get busy with people spilling out onto the upstairs balcony.

Do not let the lack of spectacle put you off. The owner and chef, who is also very much front-of-house is a proudly self-taught chef with years of experience who worked for upmarket restaurateur Rowley Leigh at Le Café Anglais in Mayfair before striking out on his own. The cooking is assured and intelligent while at the same time offering excellent value for money. The interior decor is minimalist and the plates are simply laid; its almost like eating in an extremely well appointed home kitchen but with better wine glasses.

In the warmed-up interior you can choose to sit at the counter, at one of four tables or in an alcove with high stools. There is a working fireplace complete with a black log and metal basket. The room is dominated by the stainless steel kitchen. That this feels authentic rather than affected is testimony to the genuineness of the cooking. The names of the dishes are written on a chalkboard as you enter and there is always a daily special.

For the past six months Curry Leaf Caf has been my go-to for Thursday lunchtime in Brighton. They open at midday and Im there banging on the door before it even opens. My commitment (along with others) is down to how good their food is. Mike and Alex continue to crank out Indian food from their street food roots serving up fluffy dosas, spicy curries and light naans with sauces that make you lick your fingers after youre done.

Theres only a handful of tables inside so this is usually a takeaway option, but theyve recently added several tables outside so in summer its his excellent dining al fresco. Curry Leaf Caf’s Middle Eastern jams, a local couple’s Southern Indian cooking – is the best street food in Brighton and Hove. If you’re craving carnival-style thalis, seafood or snacks, family-run Curry Leaf Caf at two locations (Upper St James’s Street and Western Road) are streets ahead in charm and consistency.

In addition to its seasonal and ever-changing menu, the Gingerman has a separate vegetarian, fish and seafood section. They're all equally worth your time, but if you've got a soft spot for something rather meaty then you should go for the braised pork belly with red cabbage, parsnip and juniper sauce or the grilled lamb cutlets with squash tortellini, confit potatoes, butter beans and mint pesto. The Gingerman’s menu changes frequently, but signature dishes can include the crispy pork belly with white miso; possibly the best steak you’ll ever eat, the Black Angus aged rib-eye-wagyu blend with a truffle sauce and parmesan crisp, and a dish that in my opinion is worth flying across the country for i.

e. seared venison with smoked eggplant purée and cipollini onions. The Gingerman was one of the city’s first restaurants to offer proper posh nosh, and despite swapping its formerly plush and somewhat staid decor for a more contemporary look of exposed brickwork and wooden tables, its still an absolute winner. The cooking is highly inventive to the point of quirkiness, with a strong emphasis on locally sourced produce. The location of The Gingerman  in Holborn, not far from Chancery Lane tube station, probably explains why its in no danger of being surrounded by hordes of tourists.

Hove's latest restaurant to be welcomed with open arms is Wild Flor. It might not be wild, and it's certainly not flor (but then, who ever eats flor?), but then the so-called wise man once said "a rose by any other name would still smell as sweet. " Which is good news for those of us who might dream of a flavoured bulb within a lattice-framed canopy, but don't fancy eating "naked" garlic bulbs with gherkins on top.